FOLLOW US ON SOCIAL MEDIA @AZULUNAFOODS FOR 25% OFF YOUR NEXT ORDER!

We take pride in the fact that our animals are never exposed to non-therapeutic antibiotics, GMOs, or hormones.

Predators can be a major issue for livestock producers, costing the industry over $137,700,000 annually as a result of losing 647,000 head of livestock each year to wildlife damage. Our solution: livestock guardian dogs. These smiling canines are our Great Pyrenees and although the dogs look jovial, they serve a very important purpose: livestock guarding. Originally hailing from France, the breed was deliberately bred to protect flocks of poultry and sheep from predation. Their signature thick, cream coats are composed of a double layer, allowing them to thrive in the French Alps and on our Azuluna Farms pastures.

The great Pyrenees are vigilant and intelligent in nature, possessing a keen sense of alertness that allows the dogs to detect unwanted visitors. Their large build, deep bark, and aggressive charge effectively intimidate predators lurking in the woods surrounding our livestock, safeguarding flocks from foxes, coyotes, bobcats, eagles, and hawks. Despite their combative attitude towards predators, they are gentle with our livestock having been raised with the flocks since they were puppies. 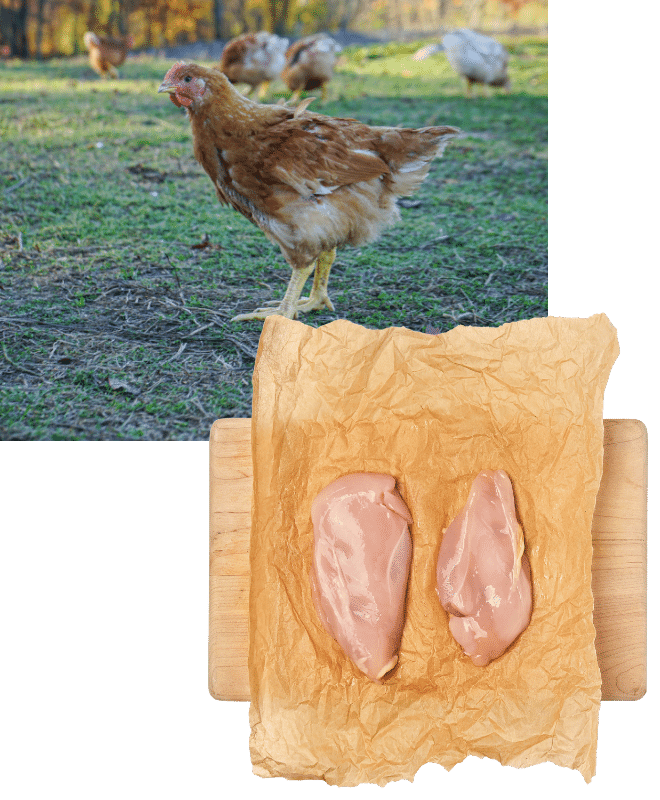 Birds of a Feather

Our pasture-raised chickens consume an all-natural diet of foraged bugs, earthworms, grass shoots, seeds, and supplemental, GMO-free grain. During the day, chickens have unrestricted access to an enriched environment where they can display their full range of innate behaviors.

Not only does this enhance chicken welfare, but the benefits are passed along to the consumer! Pastured chicken meat contains higher concentrations of Vitamin E, Folic acid, and B-12, as well as more omega-3s.

Crack open one of our eggs and you’ll notice the difference. Our pastured hens consume a rich, balanced diet and that is reflected in their deep golden yolks.

When night comes, our chickens make their way into our state-of-the-art, mobile hoop house, which provides them protection from predators and the elements.

Born and raised on the premiere Azuluna hub farm, our Katahdin lambs are known for their unique hair coat, a departure from the wool typically seen on most sheep. We selected the Katahdin breed because the sheep are known for their high-quality cuts of meat and ability to thrive on New England pastures.

The safety and health of our flock are of chief importance. To protect sheep from predators, we enclose the flock within electric fencing and house animals with livestock guardian dogs. Additionally, our sheep our provided sturdy, warm shelter that shields the flock from inclement weather.

Our sheep remain on pasture during the vegetative growing season and are then moved to a barnyard to prevent damage to the land and protect the sheep from inclement weather during the winter months. We strategically rotate the flock through paddocks to promote sustainable land management and soil health, mimicking their natural grazing patterns. The pasture provides a diverse diet of grasses, forbs, and shrubs. Our adaptive grazing practices ensure that sheep are constantly moving, creating naturally lean meat that is higher in protein and lower in fat than those raised on feedlots. 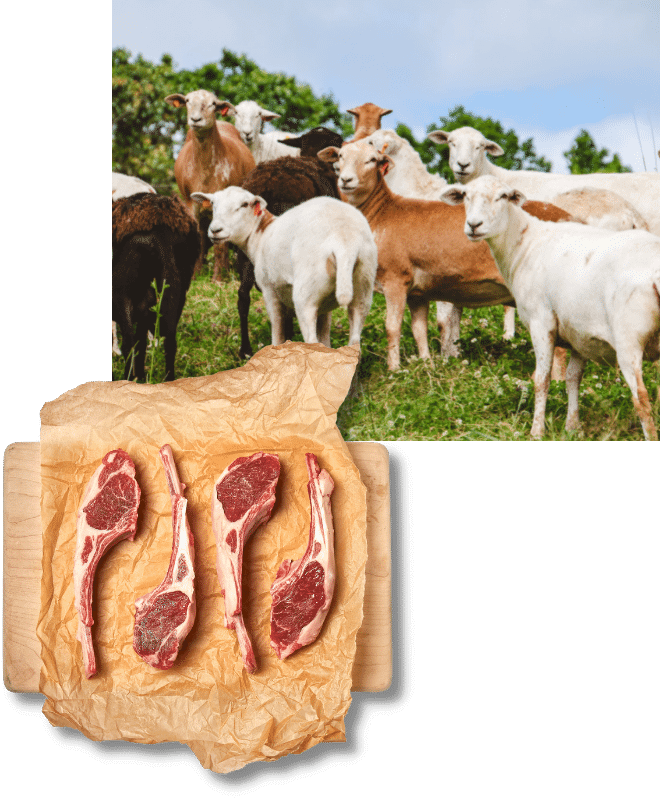 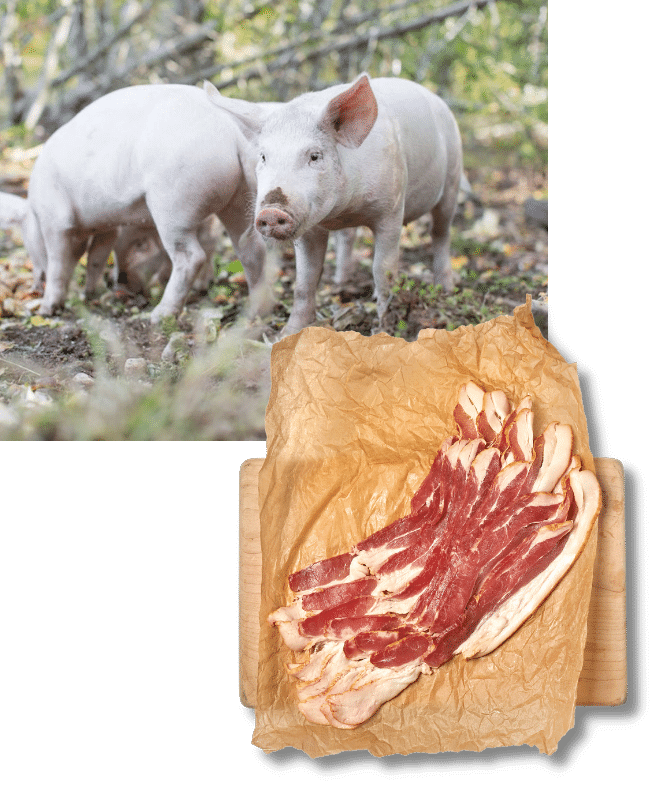 Our pigs enjoy the freedom of rooting in the pasture, hunting insects, and gently digging up roots. These little bulldozers trample the pasture, reforming topsoil as organic matter is compacted back into the soil.

While our pigs are a curious bunch and enjoy time exploring the pasture and forest, they can most often be found snoozing in their huts. This work-hard-play-hard mentality creates a beautifully marbled meat.

Exploration Under the Canopy

Azuluna pigs enjoy a partial silvopasture system in which the animals romp through the forest where they find shade under the tree canopy and snacks on the ground below. As the pigs clear the land for new vegetation, we seed for native plant species to reinhabit the forest.

Previous
Next
Order Your Favorites 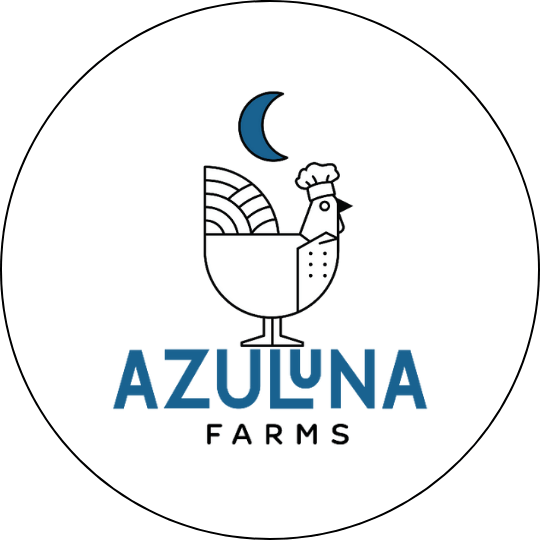